Secure your spot and get started today with our EXCLUSIVE offer!

By opting into the web form above you are providing consent for Champions Martial Arts to send you periodic text messages. Standard rates may apply. You can reply HELP at anytime or learn more. You may opt-out anytime by replying STOP. 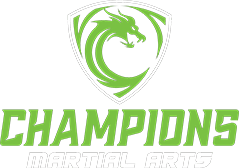 My grandson has been attending classes,summer camp,parents nights and all Champions has to offer. It has been a very wonderful experience watching him grow through the challenges these times. My whole family knows all the instructors and they always stop and chat with us to either explain what he is doing or how he can achieve more. Manners and discipline are a must and the exercise is strenuous. I would like to say thank you and as always your attention to detail is apprciated.

My son has been a student at Champions for over a year now. He has done Karate, Parkour, Summer Camp, After school Program, and Parent's Night Out. Not only has it increased his self esteem, but it has improved his physical fitness and he's made many great friends. All the instructors are absolutely wonderful, and truly do care so much about your child and family. We've received post cards, emails, and calls to check in when not in class as well as big hugs and excitement when returning to Champions. I highly recommend Champions to anyone that might be considering the programs. You won't regret it!

We looove Champions! Cohen has come such a long way since he started his Ninja Trix and Martial Arts! We love the instructors they are so kind and have so much patients with the kids! This is the BEST thing I have enrolled my son in!! Summer camp has been awesome as well. he has made so many new friends and it has really helped with his social skills!! We are definitely obsessed!!!

The kickboxing program is amazing! I'd never studied martial arts before. The staff and students have been very welcoming and extremely helpful. The program gives me a great workout while teaching me kickboxing techniques. I'd highly recommend anyone interested in martial arts or a fun workout come give it a try.

Champions martial arts is a great facility with so many different opportunities to offer. It has the best after school program in Alamance county with some of the best staff around. Not to mention a great taekwondo program for all ages. It also has a great Brazilian-Jiu-Jitsu class. All of the classes are very friendly and are great for beginners and people already trained in the respected art. The classes are taught by some of the best in the sport and are great for anyone looking to leran how to defend themselves or just wanting a great workout.

I am a new member of Champions Martial Arts and Fitness. I have been attending the XFit class for two weeks and just started the Brazilian Jiu-Jitsu class. I have found the environment to be very friendly and comfortable for a beginner in all facets of martial arts. Coach Marc has been very encouraging in the martial arts techniques and in the diet/weight loss program. I look forward to each workout and I can tell that the classes are already helping me on my weight loss journey. I recommend checking out Champions Martial Arts if you are looking for a alternative way to workout instead of going to the gym.

In 3 short months, Champions Martial Arts has had a tremendous impact on my fitness (down 30 lbs!) Coach Marc Fletcher has been fantastic at not only motivating me to work hard, but sharing valuable insight into my martial art of choice Brazilian Jiu-Jitsu. Champions is a fun and friendly environment for kids and adults. Come in and get rowdy with us!

I have been taking BJJ at Champions for several months now and I have thoroughly enjoyed it. Marc is a great instructor and the culture is extremely friendly and easy going. I would highly recommend Champions for anyone interested in BJJ or any other martial arts class they offer. 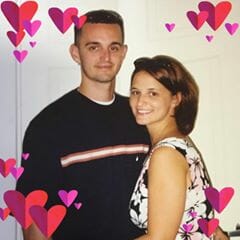 This place has allowed me to feel strong again, to feel like I have some power and some control over my health. It kicks my behind but I love it! Can't wait for the next class:) 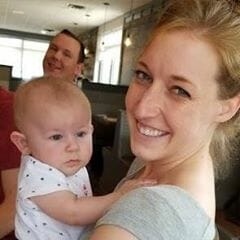 I frequent the adult kickboxing classes and have a great time! The instructors are super friendly and helpful! Classes tend to last 50ish minutes and 25 of that is spent doing bag work. Then there is an extended warm up and cool down on either side. These classes are definitely newbie-friendly, as they are more fitness/exercise-oriented than skill/technique-oriented. The classes can feel a little redundant, so I like when they incorporate different moves and conditioning exercises throughout the class. Thanks guys 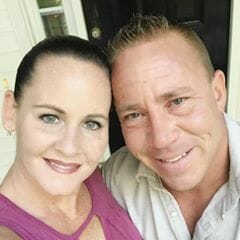 I've been waiting to write a review. After 4 weeks of kickboxing and one week of my kids taking classes I'd say we, as a family, are hooked. I've never had a better workout than I do during the kickboxing classes. I enjoy the instructors and the different variations they provide. As for my children, they are completely thrilled to be doing something new, staying active, meeting new people and gaining confidence. I truly hope this is a long term thing for all of us! 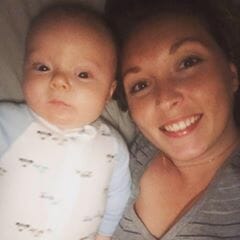 I have been attending Champions since April, and I have fallen in love with the adult kickboxing class! It's the first time that I have ever been excited to go workout! I'm actually bummed if I have to miss a class. The instructors are very friendly and really help push you to keep going! They switch up the workouts so you're never bored, and let's face it the 80's rock music is just a bonus! It's a great group of people, a great atmosphere, and a great way to stay active and healthy! Thanks guys! 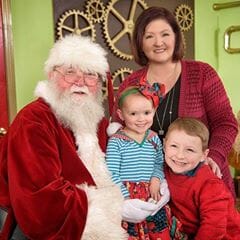 Of 3 local martial arts facilities, Champions was the only one to give me good prompt information, professional customer service, and a welcome feeling. My son is almost 5 years old and has been welcomed into his class by staff and students alike, and LOVES it. The atmosphere, structure, and quality of instruction are AMAZING. We’re happy to be part of the Champions family! 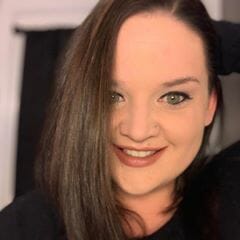 We love Champions! My son has been a student here for 2.5 years (since he was 3) and he's learned so much. The entire staff really cares about the kids. They have a lot of fun and get their energy out while learning. The little ninja's classes are 40 minutes and take place every evening (there is one Saturday morning as well) so you have a choice to bring your child which ever day/time works best for your schedule. It's really helpful to us as a large, busy family to have the flexibility. They even off afterschool care, camps, and parents night out. We have only done the PNO so far but our son has a BLAST. He talks about it for days after. 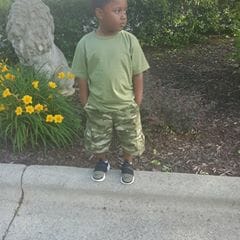 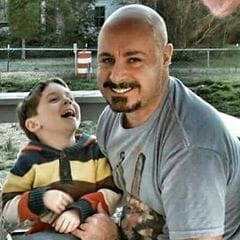 We cannot state enough what an amazing opportunity and experience this has been for our son Isaac.
The staff are amazing with the children and teach them not just MMA but a great deal of self control and respect.
I really don't pay for just martial arts training, I pay for Isaac to learn respect, control, working together and so much more!
He has so much fun and loves the teachers.

Request information today to learn more about our programs!

The Social Aspects of Martial Arts for Kids

The benefits of martial arts for kids include physical, mental, and emotional lessons that will serve them well at every stage of life. One benefit that is sometimes overlooked is the social aspect of martial arts.

Social interaction might not be the first thing you imagine when you think about the martial arts. Hollywood movies nearly always focus on dramatic fights — but true martial artists know that communication is always preferable to violence. The truth is that taking a martial arts class is a great way for children to make friends and practice their social skills. Let’s talk about why.

The Martial Arts and Courtesy

All martial arts classes teach basic tenets that are meant to guide students regardless of which martial art they choose to study. While some disciplines have more tenets than others, one they all have in common is courtesy.

Courtesy is more than mere politeness. You may have noticed that when you watch two martial artists spar, they always bow to one another before and after their match. Students bow to martial arts instructors — and vice versa.

Martial arts classes for kids provide an opportunity for kids to see courtesy and respect in action. While bowing might not be part of your child’s life outside their martial arts class, it illustrates the level of respect that we expect children to show when they’re with us.

We believe that courtesy and politeness pave the way for human connection. It’s a lot easier for kids who study the martial arts to connect with one another because courtesy is the baseline for their interactions.

Martial Arts as a Group Activity

Parents who want to learn about martial arts for kids sometimes assume that because martial artists test and compete as individuals, it is a solitary pursuit. The reality is that while students are tested on their individual progress, martial arts training in our classes is very much a communal activity.

A big part of studying the martial arts is learning the art of self-defense. Students learn the history of the martial art they are studying and the theory behind the movements. That said, self-defense training can only go so far without hands-on experience.

Sparring in class is safe and an effective way for kids to see the benefits of martial arts training. They learn far more by doing than they do by watching. Students in our martial arts classes for kids learn to:

One of the biggest benefits of martial arts for kids is that they practice mutual respect and encouragement on the mat, and that’s something they will take with them to school and beyond.

Will My Child Make Friends in Martial Arts Class?

Making friends is important at every stage of life. One of the biggest benefits of martial arts classes for kids is that they provide an opportunity to socialize and meet new people.

When your child steps into their first martial arts class, they’ll meet other kids at a similar level of ability. Sometimes, kids struggle finding common ground. Their self-confidence and self-esteem skyrocket when they realize that they already have something in common with every kid in their class. As they reap the other benefits of martial arts, including self-control, physical fitness, and self-discipline, they’ll also be sharing a common experience.

To give your child a chance to bond with fellow students, you may want to consider arriving for class a little early and giving your child time to mingle after class, as well. For many adult martial artists, their best friends are people they met on the mat as kids — and that could happen for your child, too!